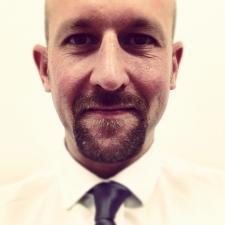 0 reviews
From New Orleans, United States, US
I Speak English

Ninth-generation New Orleans native Dylan O’Donnell loves his city, and he loves to share it with others. Dylan has traveled the world in search of adventure: he’s eaten his way through Sicily, hiked the Grand Canyon, swilled pints and (attempted to) sing songs in Dublin, and actually paid money in Mexico to get jolted with electricity. After graduating University in literature and the audio-visual arts, Dylan spent a few years working several unfulfilling jobs. In 2001 he spontaneously moved to Rome to eat prosciutto, drink too much espresso and work as a tour guide of the Eternal City. For the next four years he managed a company that gave tours of the ancient monuments, the Vatican City, holy sites and pagan temples. In 2005 Hurricane Katrina struck his beloved hometown and he was compelled to come home. Since then, he’s worked as a graphic designer, web designer and marketing director for an award-winning New Orleans architecture firm. Additionally, he co-founded and organized a Running of the Bulls festival in New Orleans in 2007, with an attendance of 20,000 people in 2015. In 2011 Dylan returned to the tourism industry as a tour guide, this time in his own city and state. Since then he has given hundreds of tours to thousands of people, proudly showing off his region and showing them a great time in the process. Dylan is driven to give insightful, well-researched and entertaining tours of New Orleans and Southern Louisiana. With a former expat’s perspective, he can also provide insight as only a true New Orleans local can. When he’s not guiding or planning festivals, you’re likely to find him either DJing world music in a local club, gardening in his yard, or at home cooking gumbo for his wife and four kids. Dylan is a licensed Tour Guide and a licensed Sight Seeing Tour Guide with the City of New Orleans Department of Safety and Permits. He is also a current member of the New Orleans Convention and Visitors Bureau.

Forget Hand Grenades and Hurricanes, this tour goes beyond Bourbon Street! Join Dylan on a journey through New Orleans’ historic and fascinating history of cocktails, and sample them along the way. Be ... + MORE

Chefs are the new rock stars and this tour is a delicious journey through New Orleans and Louisiana’s rich culinary history! Down here we’re passionate about eating, so along with your guide you will ... + MORE